WHAT CAN WE EXPECT IN THE UPCOMING TAX BILL?

On September 13, 2021, the House Ways and Means Committee released a list of revenue-raising items to be included in the upcoming fiscal year 2022 budget reconciliation bill.[1] These measures are designed to pay for various federal spending programs in the bill, known as the “Build Back Better Act.” Below we summarize the tax proposals that we believe will be of most interest to clients of 1919 Investment Counsel. 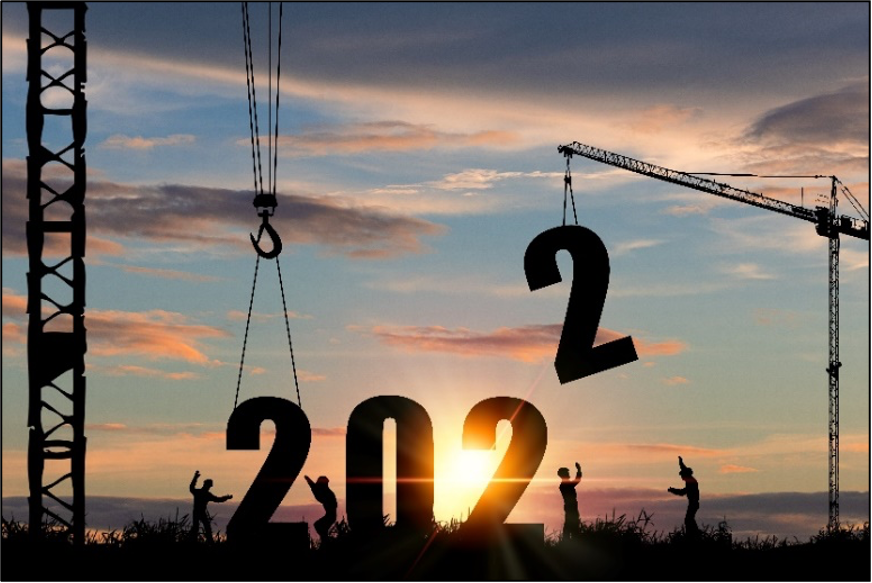 The final legislation, if and when it passes, will certainly be different than the proposed bill. However, the proposal lays out the framework for the approach Congress is taking. For most upper-income individuals, these changes are mostly “tweaks” to existing law, not fundamental changes. However, for some, the proposed changes could be more consequential. And for IRAs and grantor trusts, the changes represent a major shift in the rules of the game.

Most of the proposed changes would take effect on January 1, 2022. Apart from setting the effective date on the capital gains tax increase as of September 13, 2021, there are no retroactive taxes in the proposal affecting individuals, estates or trusts. 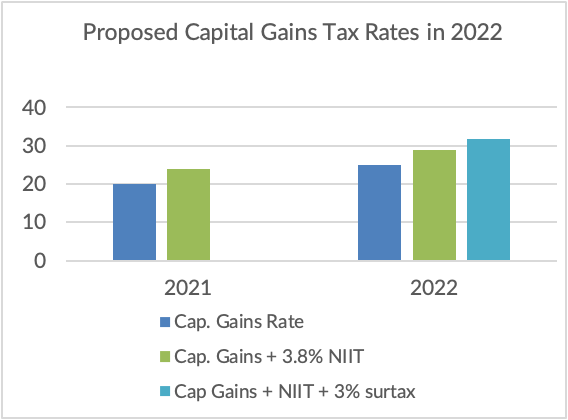 What about the SALT deduction limitation?

What’s not included in the bill?

The bill also doesn’t include things like “SECURE Act 2.0,” a new retirement overhaul which would, among other things, further postpone Required Minimum Distributions from IRAs to age 73 in 2022 and then out to age 75 by 2032. Nor does it include any reform of rules for private foundations or Donor Advised Funds, both of which have been targeted by certain lawmakers. However, much remains to be seen.

If you are considering making a large gift this year, we urge you do it soon.

If you are considering making a large gift this year before the estate and gift tax exemption could be reduced, we urge you do it soon. Not only is December 31, 2021, potentially a new deadline, but so is the date the tax bill is enacted (which could be a few weeks from now). Obviously, major steps such as this should done in consultation with your lawyer and tax advisor.

Since conversions to Roth IRAs could be eliminated for taxpayers with over $400,000 of income, we suggest evaluating whether to do a Roth conversion this year. Doing so would trigger a substantial tax for 2021 but a Roth IRA offers greater long-term tax deferral for your assets (no RMDs) and withdrawals are tax-free for you, your spouse and your heirs. Moreover, 2021 tax rates would apply on the conversion.

It seems clear that these proposals represent a partial undoing of the Tax Cuts and Jobs Act of 2017 and reflect an intention to tax wealthier taxpayers with incomes over $400,000. While most of these ideas fall within the existing statutory framework, a few of them, such as the new rules on very large IRAs and the 3% surtax, represent a major change for affected individuals. The proposed changes affecting grantor trusts also constitute a fundamental shift in the tax treatment of trusts as wealth transfer vehicles. However, the proposals don’t include such controversial changes as a Federal wealth tax or taxing capital gains at death.

The razor-thin Democratic majority will constrain Congress’ ability to pass some of these tax increases. Moreover, there are urgent needs, such as raising the debt ceiling, which will likely garner no Republican support, and which will put pressure on getting something passed ASAP. The result will be that some tax proposals end up on the cutting room floor.

We will issue another tax update in the coming weeks after we have more clarity. However, we think it is important to get this information out to you now so you know the state of affairs and can plan accordingly. Do not hesitate to contact your Portfolio Manager or Client Advisor about these and other matters of concern to you. 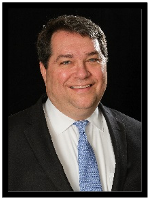 Warwick M. Carter, Jr. is a Principal at 1919 Investment Counsel based in New York. As a Senior Wealth Advisor, his primary focus is generational wealth planning for high net worth individuals and families. He also advises on philanthropic planning. When giving advice, Warwick takes a comprehensive approach to assessing all aspects of a client’s tax, financial and family situation. Warwick works closely with Portfolio Managers and Client Advisors in all of our offices to integrate wealth strategies with a client’s investments. He regularly meets with outside advisors to devise appropriate solutions that will help grow wealth in a tax-aware way over the long term.

Warwick is a graduate of Denison University and the Columbus School of Law at The Catholic University of America. He also holds a master’s in taxation from Georgetown University. He is admitted to the bar in New York and the District of Columbia. Warwick is also a member of the New York State Bar Association and the Society of Trust and Estate Practitioners (STEP).

[1] Congress already passed one budget reconciliation bill in 2021 (The American Rescue Plan), which was for the fiscal year ending 2021. Congress will attempt to pass a second budget reconciliation bill in the same calendar year for fiscal year 2022. However, under House and Senate rules, only one such bill can be passed per fiscal year. Given the thin majority of Democratic lawmakers and the Republicans’ refusal to support any part of the bill, it will be critical to include as many high priority budgetary items as possible in the bill, such as an increase in the debt ceiling, which must pass by September 30, 2021.