In the movie The Curious Case of Benjamin Button, a man is born at an elderly age and then grows young over time, dying as an infant. Time moves backward for Benjamin Button, leading to strange and mind-bending scenes of life lived in reverse. In the financial markets, we are facing something similar, with what we would call The Curious Case of Negative Rates. In a “normal” financial world, lenders charge borrowers for the privilege of borrowing money. The rate charged to borrow is based on the lender’s perception of the risks of not getting paid back. A high interest rate is the norm for riskier loans such as credit cards and emerging market debt. A lower rate applies to a secured loan, such as a mortgage, or a highly-rated country, such as the U.S. But always, until recently, the stated interest rate to borrow money has been positive to reflect the risk—no matter how small— of not getting paid back. Now, however, there is approximately $13.4 trillion of debt worldwide that is negative yielding. Essentially, the lender pays the borrower to take the money. A curious case indeed. Negative rates are definitely counterintuitive, but what do they ultimately mean for investors?

First, let’s start with a brief history of negative rates. As early as 2012, Denmark’s central bank was forced to lower its deposit rate below zero to maintain a currency peg of Danish krone to the Euro. Today, the phenomenon has spread more broadly. Countries which have negative sovereign interest rates include France, Switzerland, Japan, and Germany.

Even though negative rates seem counterintuitive, we note that there have been several times in the past when “real” U.S. interest rates were negative. Comparing the 10Y Treasury rate to the annual inflation rate since 1962, we note that annual pace of inflation was higher than nominal interest rates including 1974, 1979-80, and slightly in 2011-12. Still, these were only brief instances when inflation outpaced nominal rates. 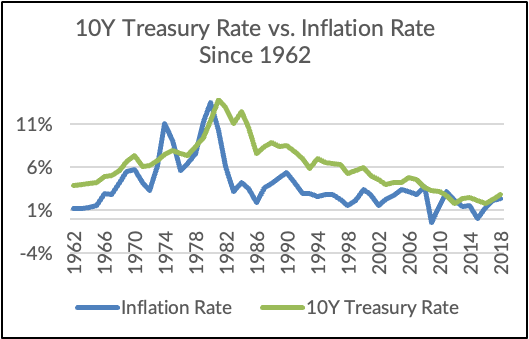 The difference now is that with nominal rates near multi-decade lows, there is less room for nominal rates to fall before breaching zero. Although many economists used to believe that zero was a “lower bound” for interest rates, negative rates have now existed for several years in parts of Europe and Japan. Indeed, more and more bonds have dipped into negative territory in 2019. As of October 2019, about $13.4 trillion of debt worldwide has a negative yield according to Bloomberg. 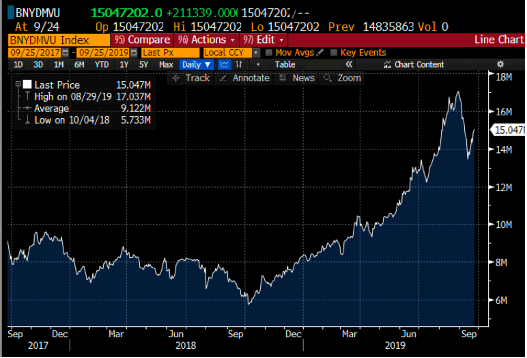 The Curious Case of Negative Rates only gets stranger. The fact is that buying a bond with a negative yield guarantees a loss for the holder if the bond is held to maturity. What rational investor would do that? The majority of this negative yielding debt is held by central banks worldwide, according to Doubleline. The central banks are buying debt in order to pursue quantitative easing (QE) programs. The goal of QE programs is to improve economic growth by lowering the cost of borrowing. The conventional economic view is that lower interest rates should spur more investment, because the cost of borrowing is lower, thereby leading to more economic activity and higher growth. Although there is some debate as to whether this has worked sufficiently in the current economic cycle, central banks including the European Central Bank (ECB) and Japan continue to pursue “easy money” policies to support growth. Therefore, these central banks are buyers no matter what the interest rate offered is, even at a loss. Not surprisingly, most private investors have avoided negative yielding debt. 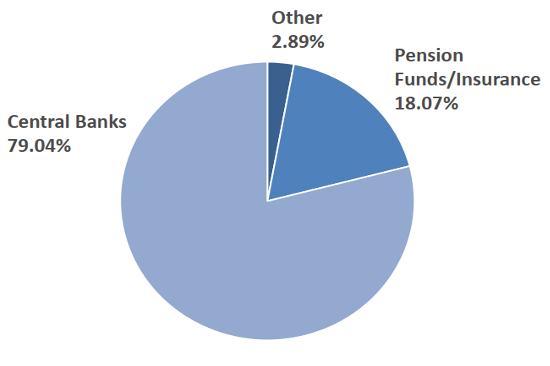 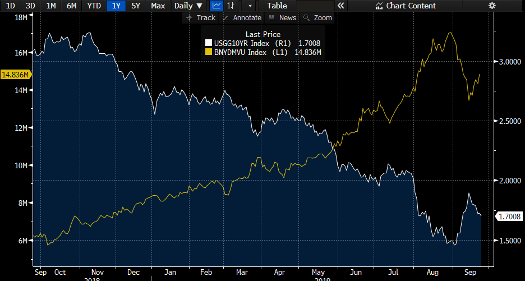 We have also seen a spillover effect in riskier bond markets. Junk bond yields are near all-time lows with the current yield of 5.7%, well below the long-term average (since 1994) of 8.9%. 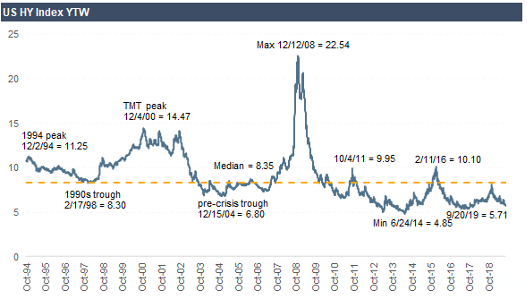 How Long Will Negative Rates Last?

There is growing evidence that companies in Europe are preparing for negative rates to last for some time. Banks in both Switzerland and Denmark have introduced negative rates for depositors. A bank depositor is essentially lending his money to the bank, and typically earns interest on the deposit. With negative interest rates, banks charge the depositor to keep the money. The concern is that this strange situation may cause depositors to take their money out of banks and convert it to cash (zero interest rate), sparking a run on the bank and threatening the financial system. Banks have been reluctant to charge small depositors for this reason. But, recently, Jyske Bank in Denmark announced that it would charge both corporate and larger retail depositors a negative interest rate. The action by Jyske is seen as an acknowledgement that the bank expects negative rates to persist for some time.

Investing in Fixed Income an Era of Negative Rates

Economic growth in Europe remain sluggish, and the downside risks to the global economy from a possible trade war or geo-political tensions remain a concern. In its most recent September statement, the Fed cited weaker “business fixed investment and exports” as one driver for the decision to reduce the Fed Funds rate to a range of 1.75% to 2%. We note, however, that the Fed committee was divided on the need to cut rates, with two Fed governors voting against a rate cut.  As well, U.S. consumer spending remains healthy, which is the driver for the majority of the U.S. economy. Recent inflation indicators have been firm, and the Fed reiterated its goal to foster inflation of around 2%. In short, the U.S. economic picture currently remains solid. Given this backdrop, we do not expect U.S. interest rates to decline meaningfully from the current level, with our forecast for the 10Y Treasury at 2.0% by year-end 2019. Although our expectation is that nominal U.S. interest rates should remain positive, we believe that the expansion of negative debt in other countries may act as a cap for U.S. interest rates.

Because we expect U.S. rates to remain positive, we recommend investors continue to allocate a portion of their portfolios to fixed income. For income-oriented investors, investing in municipal and corporate bonds provides incremental yield compared to Treasuries.  For example, the yield on a corporate bond can be
split into two components: the risk-free rate (Treasury yield) and the amount above this risk-free rate to compensate for risk (spread). For example, a Coca-Cola (KO) 10Y bond has a yield of approximately 2.35%, comprising the risk-free 10Y Treasury rate of 1.74% plus 61 bps of spread.

Over the long-term, spreads have contributed roughly 40% of the total yield of investment grade corporate bonds. We expect this incremental yield pick-up from corporate bonds to remain a significant contributor to total returns. 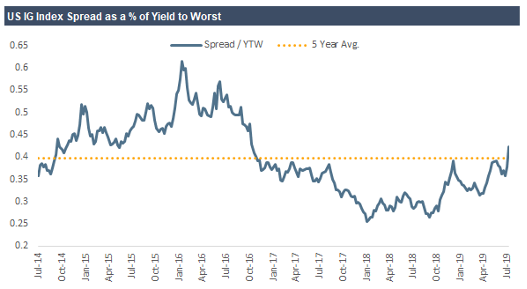 The Curious Case of Negative Rates? Here to Stay, For Now

The U.S. is expected to run sizable budget deficits for the foreseeable future, which, in normal times, would imply that Treasury rates have to go up, in order to drive incremental demand for Treasuries in the face of increased supply. However, the global interest rate landscape is certainly not in normal times, as we have examined in The Curious Case of Negative Rates. In our view, the yield on Treasuries remains relatively low in part due to the drag of negative rates from other countries, which has more than offset expected yield pressure from the elevated supply of U.S. Treasuries.

We continue to recommend that investors allocate a portion of their portfolios to fixed income, given the defensive nature of the asset class. Tactically, we recommend investors allocate a portion of their fixed income portfolios to investment grade corporates and municipals to pick-up incremental yield. We believe The Curious Case of Negative Rates will stay with us for some time to come. 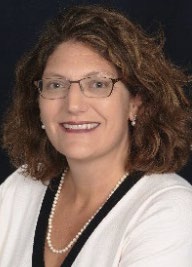 Baylor is a Vice President at 1919 Investment Counsel, LLC. Her primary responsibility is to conduct research on all taxable credit for the fixed income strategies. In addition to publishing commentaries on her coverage universe, Baylor is a member of the Fixed Income Committee and Third Party Committee. Baylor has an extensive background in credit research, with prior experience in institutional, family office, independent research, and rating agency roles. Baylor is a member of 100 Women in Finance and the Fixed Income Analysts Society, Inc. (FIASI).