The last few days have been highly significant in the ongoing saga of the United Kingdom’s effort to leave the European Union. Prime Minister Theresa May announced on Friday that she would resign on June 7th as leader of the Conservative Party. There will be a leadership contest within the party to decide a new leader. There is no guarantee the new leader of the Conservatives will become Prime Minister. The Conservatives do not have an overall majority in the House of Commons (313/650) and are only in power by virtue of a ‘confidence and supply’ agreement with the DUP (Democratic Unionist Party – 10 seats) and the refusal of Sinn Féin to take their 7 seats.

The new party leader would have to agree to continue that arrangement with the DUP. If he/she is unable to form a government, and no one else is either, then he/she may request a dissolution of parliament and a general election will take place. None of the contenders for the leadership look likely to unite the party as it is still firmly split between ‘Brexiteers’ and ‘Remainers’. A Boris Johnson or a Jacob Rees-Mogg would mean replacing a weak pragmatist with a populist hard liner. This does not bode well for uniting the party, the commons or the country. 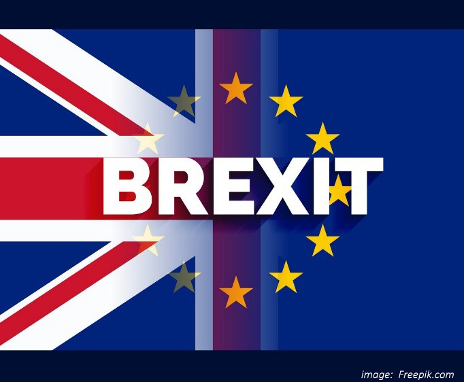 The Labour Party leader Jeremy Corbyn has already called for a general election. His strategy has been to let the Conservatives blow each other up and benefit from the fall out. He appears sympathetic to a Brexit but his agenda is arguably even more extreme than that. Business leaders in the UK suggest a Corbyn government is scarier than a Hard Brexit. His far left agenda is fiercely anti-growth and his tolerance for anti-Semitism within his party ranks has not gone unnoticed internationally. For context, Corbyn was no fan of the Blair/Brown Labour governments and was the Labour MP who voted most often against the party whip.

The only mainstream party who are solidly Remain are the Liberal Democrats. They are simply too small a party to have a realistic shot of forming a government on their own.

Friday’s news doesn’t seem to move events in a positive direction. Does it end up breaking the deadlock? There are no obvious positive outcomes.

The British elections for seats in the European Parliament on Thursday only add further complexity. The irony of this is, of course, that England’s representatives to the European Parliament will only serve until or if Brexit is executed. The new far right Brexit Party led by longtime anti-EU campaigner Nigel Farage topped the poll in the UK but the Liberal Democrats and pro-EU Green Party came in second and third respectively. The Conservatives and Labour had a disastrous showing and the common ground between ‘Brexiteers’ and ‘Remainers’ appears to be a vitriolic anger toward the mainstream parties and their abject failure to achieve any kind of resolution one way or another. The significance of the success of the Brexit Party is that they are openly in favor of a no deal or ‘Hard Brexit’. These election results could have profound consequences on the Conservatives’ leadership contest as some candidates have advocated leaving without a deal.

On the other hand, given the strong showing for those 2 pro-EU parties, could we see a second referendum? There is precedent for this in EU matters. Ireland had to vote twice on the Lisbon and Nice Treaties before they ‘got it right’. Although polls say it would be close, the UK voters are probably a lot more informed than 3 years ago and the intensity amongst the Remain side should see it through in my opinion. The older voters are traditionally more reliable voters than the young and the rain showers on June 23rd, 2016 may have added to the complacency of the youth! You can be sure there would be no such complacency this time around.

The Brexit concept lives and dies on the Northern Ireland question. As ‘Group of Thirty’ Executive Director Stuart Mackintosh pointed out at our recent Intellectual Capital Conference, there is no realistic solution to the Northern Ireland border question. There is no such technology for a secure, virtual border. The sensitivity of the Irish border was brought into sharp focus when fringe group the ‘New IRA’ shot and killed a young journalist during riots in County Derry last month. The peace in the area is still fragile and demands constant attention.

May’s credibility on this issue has been undermined by her reliance on the DUP to remain in power. How can Nationalists in Northern Ireland trust her on this issue when she is beholden to their direct rivals? Her border backstop plan to appease the Irish government and the EU has caused the Brexit true believers to abandon her and every plan she has put before the commons has failed miserably. Given that the elected representatives have failed to do their jobs (i.e. pass any plan), maybe they should throw in the towel and call for a second referendum?

The economic impact of Brexit is already being felt before details of the terms and conditions are even known. A Hard Brexit with no trade deal would be the most disruptive given that 7 of the UK’s top 10 trading partners are EU members. Investment has already been impacted. CEOs need to think longer term than elected politicians and companies have either halted investment or planned to depart the UK. A slew of Financial Services firms, including Goldman Sachs, JP Morgan and BNP Paribas are leaving London and cities like Frankfurt, Dublin and Paris appear to be the beneficiaries. Manufacturing is impacted also as Honda is closing their UK plant in 2022 and Nissan has cancelled previously announced expansion plans. There have also been ominous warnings recently from Toyota and BMW. Economic growth in the UK has slowed significantly and a Hard Brexit would certainly induce a recession according to the OECD.

The very structure of the UK could be in doubt as Scotland voted firmly to remain in the EU and is staunchly opposed to leaving. The 2015 Scottish referendum on leaving the UK was defeated 55% to 45%, but given the changed reality, a new referendum could reasonably be expected to yield a different outcome. The leader of the SNP (Scottish National Party) has already called for another referendum.

There would likely then be a push for a similar movement in Northern Ireland and many commentators have increased the odds of a united island of Ireland at some point in the future. Whatever the merits of such an idea, please be in no doubt as to the enormous complications involved in such a project.

It seems for now that the only certainty with the UK is continued uncertainty. From the US perspective, a ‘Hard Brexit’ is unlikely to have a major impact on our economy. The businesses leaving the UK for the EU will continue to trade with the US and a bi-lateral trade agreement between the UK and US would be logical. The strengthening of the Dollar relative to the Pound is a risk worth considering but the current administration is likely to react strongly to this as currency manipulation! 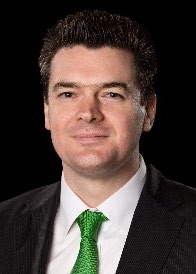 Conservative Party: Center Right, currently the governing party in the UK. Theresa May is the current leader and therefore the Prime Minister
Labour Party: Center Left, currently the official opposition party in the UK. The party has moved more to the left recently under Jeremy Corbyn, ending a long period of centrist policies under Tony Blair and Gordon Brown.
Liberal Democrats: Socially Liberal party, traditionally the third largest party. They were in a coalition government with the Conservatives from 2010- 2015, but suffered heavy election losses in 2015.
Democratic Unionist Party (DUP): Right wing, socially conservative unionist party in Northern Ireland which favors Northern Ireland remaining as part of the United Kingdom.
Sinn Féin: Left wing Irish Republican party who run for seats in Westminster but members of the party refrain from taking them as they are against Northern Ireland being part of the UK.
Brexit Party: a new political party set up late in 2018 by former UK Independence Party (UKIP) leader and anti-EU activist Nigel Farage.
Green Party: Most countries in Europe have a Green Party which is left wing and focuses on environmental issues.