i What gets discussed when people convene at an event dedicated to understanding the challenges that stand in the way of more women becoming members of Boards of Directors or C-Suites (CEO, CIO, CFO, etc.)? As I saw firsthand, numerous conversations shape a deeper understanding for all of the challenges women, companies, and industries face when incorporating diversity and inclusion into workplace cultures and into Boardrooms or corner offices.

As an observation of interest, the audience itself lacked diversity, which led to some feelings of “preaching to the choir.” Of the just-under seventy guests in the room, less than ten were men. Among all audience members, the legal and financial services worlds were well-represented, while a lack of corporate representation was felt; maybe because the big-name companies you’d think of – Nestle, Nike, P&G, PepsiCo – are already on their way to instilling diversity and inclusion throughout their companies. 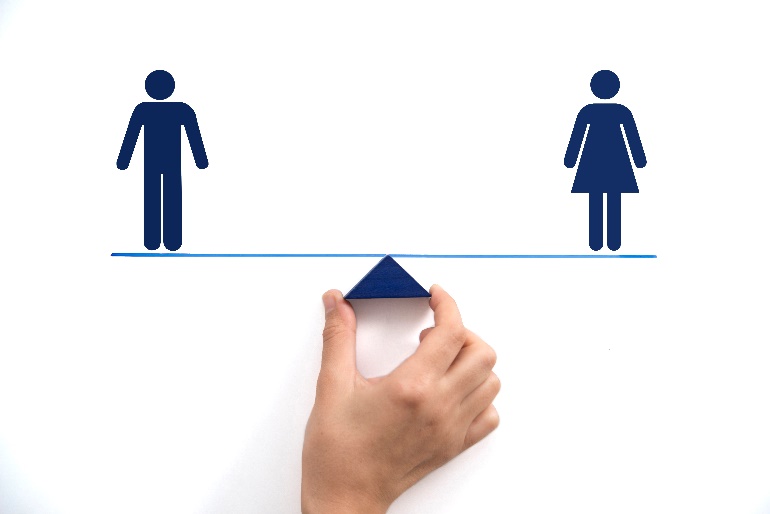 One of the themes repeated throughout the day was the slow pace of change in increasing women’s inclusion in roles of leadership, at least in the U.S. For comparison, think about how the NFL adopted the Rooney Rule – that every slate of candidate for head coach must include diverse candidates – in 2003. And in 2008, Norway implemented a 40% quota for women on Boards of Directors. Sixteen and eleven years ago, respectively, these policy changes have since delivered results. And while many – corporate executives, regulators, and investors alike – may hesitate to legally require certain levels of diversity, it may be that a mandate is the strong message necessary to get companies to boost their ranks with more female and other diverse individuals.

It is lately the case that some males at work feel unsure or apprehensive as a result of the #MeToo movement. Reportedly, some men are apprehensive to become mentors to women, or to have women on their work teams. However, as one of the many attorneys in attendance pointed out, it is a fine line between avoiding harassment charges, and ending up with discrimination charges instead. While there was not a lot of sympathy in the room for the fearful perspective, it is true that workplaces should foster an environment where men can ask questions and learn about diversity and women’s challenges to leadership, instead of shaming the men or making them more fearful. Meaningful dialogues, between men and women, will help shape a culture that allows for education on the topic of women’s inclusion in leadership.

While women are battling many challenges to catch up to the rate of leadership success men have enjoyed for decades; it will do no one any good to make it a one-sided battle – men and women need to work together to move the needle towards equality. After all, equality and diversity do not look one-sided; one panelist earnestly reported that a recent slate of candidates for an executive hire search was “completely diverse – no men at all.” That is not what diversity looks like to me, nor is it what equality looks like. Rather, people of all colors, shapes, perspectives, nationalities – a variety of characteristics provides the least sameness and allows for wide-ranging, creative thinking.

International Women’s Day – March 8 – was established in 1911, but as one panelist put it, for all anyone would know by the arguably little progress that has been made, it could have been established in just 2011. However, things may be starting to change. For decades, women have been stereotypically placed into “supporting” roles intended to help men, and taught not to compete with men. The misconception is thinking that women who may be focused on other things like family or home-life, are not focused on the firm, their job, or the company’s bottom line. The commonly-believed fallacy: The “motherhood track” distracts women, and takes women out of the running for C-Suite positions. What the fallacy may fail to consider is that a woman is not distracted from climbing the ladder, but that perhaps her journey to leadership is yet another non-traditional path. A woman’s experience or skills at juggling her time and the needs of others arguably adds to her work skills. Might not a woman (or any employee) be more loyal to a company who is loyal to her by supporting her non-traditional path? Advice from over fifty current and former female CEOs includes messaging that there is no single approach to get to the top, and that it is often potential identified early – not education or experience alone – that signifies a women’s aptitude for rising to the C-Suite.

So how can women – or anyone seeking career advancement – “climb the ladder” to success and to the C-Suite or Board? What if the ladder isn’t a linear progression? Sometimes new, powerful positions are created to suit someone’s particular talents and skills. Sometimes an external force or environment drives the firm’s strategy and roles, and a typical hierarchy isn’t in place. Sometimes excellent employees have had a wealth of latitudinal experience – filling multiple different needs and roles at a firm, but haven’t necessarily “risen” longitudinally. Are companies prepared to recognize these non-traditional paths?

How does a woman establish the value of her experience? Money talks; such was made clear on multiple accounts during the conference. For better or worse, some discussants pointed out, when women can “prove” their worth by contributing deliverables or by bringing clients, money, etc. to a firm, they are more likely to “earn” their leadership or power. Leadership experience also shows itself in the form of mentorships. More female leaders are mentoring other women, and are helping them succeed at creating equality in STEAM roles, and rising to leadership.

Multiple panelists and commentators suggested that companies who get ahead of diversity and inclusion now can perhaps avoid some future risks of lawsuits, monetary fines, or reputational damage.

For some companies or organizations, the blunt hammer of regulation – i.e. the California law that stipulates women’s inclusion on Boards of public companies – may be looming. Failure to comply will result in financial and legal penalties. A company whose workplace does not foster inclusivity or diversity may find themselves facing an employee-led lawsuit, and thus setting aside escrow to pay out any settlements. Depending on the scale or size of the lawsuit, they could ultimately spend tens of millions of dollars on such costs. The tone of a firm’s culture generally is set by example from people at the top, in the C-Suite; a negative tone can result in negative press. For example, Papa John’s reputation lingered in headlines for months – shade thrown for weeks after the CEO and founder’s allegedly-racist behavior – resulting in talent shakeups, stock price declines, and loss of consumer loyalty. While this example isn’t one of gender bias, it is an illustration of the potential harm from an evident lack of inclusivity.

So, how can more companies take proactive measures to safeguard against these risks? Companies that are scared by the threat of quotas can diversify now, before it becomes a legal burden. Further, companies that don’t face litigious risks from non-diverse or discriminatory cultures stand to save significant costs.

On the road to diversity and inclusion, all companies need to understand the unique landscape they face. One tool that helps illuminate the landscape is an internal pay equity assessment. Pay equity assessments are becoming more common, revealing uneven pay practices companies may not have even realized were in place at their firms. Armed with this information, a firm can analyze its culture, and implement corrective, progressive change. On the flip side of the Papa John’s example, is Salesforce.com. Salesforce.com has had a Chief Equality Officer for many years, responsible for leading the company’s equality initiatives, focusing on gender, LGBTQ, and racial equality. This C-Suite leader reports to the Board Chairman and CEO, and helps to conduct internal pay equity assessments and discloses detailed metrics on its employee base. Positive steps up front that address equality and inclusion in the workplace reap multiple benefits: Salesforce.com stays out of negative headlines, and the company consistently earns “Best Place to Work” awards that reflect its embracing of diversity and inclusion.

Perhaps most compelling of the day was the constant link to data, showing how diversity drives shareholder value, and does so in a number of ways. Conceptually, diversity is the “remedy to groupthink,” as one of the keynote speakers put it, and most of us would agree, that groupthink is a creativity killer, which further reduces the likelihood for successful innovation, or reduces market share, or weakens client relationships, or attracts lesser talent.

There are plenty of financial reasons for companies to focus on increasing diversity and improving inclusion. For example, research finds that companies with a female CEO benefit from a 19% premium price-to-book multiple, 19% higher ROE, and a 9% higher dividend payout.ii

Innovation, better decision-making, and talented employee retention are key to companies’ ability to function, to boost sales, to retain customer loyalty, and to drive shareholder value. A study conducted by Rosenberg Equities found that over a 12 year period, the most diverse (>20% Board diversity) of the 1,000 largest U.S. companies had higher ROEXiii than the least diverse (<20% Board diversity). What is more, the study also found that the more diverse and more profitable of these companies today are still more profitable tomorrow/in the future, due to their ability to stave off competitive forces.iv

Shareholders are always watching companies, for dividend payouts, for strong management, for higher share prices, and for clean reputations. Attaining and maintaining profitability are important to all players involved with a public corporation; while diversity and inclusion are just two elements of a successful company, they could be the most important difference between a company that remains relevant, drives innovation, keeps customers, and enjoys financial success, or a company that falls behind, loses customers, becomes stagnant, and suffers losses. 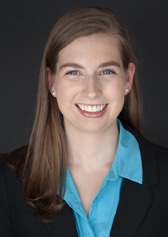 Leah is a Social Research Analyst for the Socially Responsive Investing Department at 1919 Investment Counsel, LLC in the firm’s Cincinnati, OH office. She has been a member of the firm’s SRI Department since she entered the financial services industry in 2015. Her primary responsibilities include evaluating companies in the Healthcare, Financial Services, and Real Estate sectors, and analyzing relevant social, environmental, and responsible finance topics. Leah publishes comments on company reviews and also writes for the firm’s Social Research Reporter. She regularly participates in events and meetings related to corporate engagement through memberships in the Interfaith Center on Corporate Responsibility, Principles for Responsible Investment (UN PRI), and the Investors for Opioid Accountability (IOA). Leah is also a member of the SRI Committee at 1919 Investment Counsel.