A sea change has been occurring across the U.S. for the past several decades and, if you’re not paying attention, you should be. More women are the financial decision makers in their households. More women are running their own businesses. More women are building and growing wealth, and more women control wealth. As 51% of the U.S. population, women are not a niche market.1 They are over half the market, yet they have often been underserved, patronized or overlooked. However, we see this changing. At 1919 Investment Counsel, our focus is on being part of that progress.

In this Women & Wealth series from 1919 Investment Counsel, we explore the changing dynamics for women in the U.S. around educational achievement, economic growth, burgeoning entrepreneurship and the evolving family structure. We will also take a look at the multiple roles many women manage on a daily basis and how this impacts their investment perspective and goals.

At 1919 Investment Counsel, we understand that a significant part of the future is female. In fact, over the many years we have worked with our clients, we’ve understood it’s about his story and her story, and we’re here to help with both.

As women’s roles continue to expand, they are a growing financial force and are key decision makers in many households when it comes to consumer spending, income generation and education.

Consumers & Influencers – According to Bloomberg, women drive 70-80% of all consumer purchasing decisions for their families.2 These decisions often have a wide-reaching effect as women—often caregivers for younger and older generations—make buying decisions for immediate and extended family members, such as parents and in-laws. In fact, nearly 95% of women will be their family’s primary financial decision maker at some point in their lives.3

Primary Breadwinners – Women are now the primary breadwinners in 40% of U.S. households.4 In about a third of married or cohabiting couples, women bring in half or more of the earnings5 and almost 40% of U.S. working wives out earn their husbands.6 Many of these higher-earning women are college educated.

Highly Educated – According to the National Center for Education Statistics, women earned approximately 57% of the bachelor’s degrees awarded by U.S. institutions of higher education in the 2016-2017 academic year. As of the first quarter of 2019, 29 million women in the workforce had a bachelor’s degree, making women 50% of the college-educated workforce.7

WOMEN ARE LEADING BY EXAMPLE

As their roles have evolved, women continue to make inroads into entrepreneurship, corporate boards and political office.

Designed By Women For Women – Over the past two decades, the number of women-owned businesses has grown 114%, compared to the 44% national growth rate for all new companies. Women-owned businesses now account for 40% of all U.S. firms.8 Many of these businesses are providing innovative products and solutions for female consumers.

Political Progress – More women are running for political office than ever before, with a record number of 127 women serving in Congress. Women now make up nearly a quarter of its voting membership, the highest in U.S. history with undoubtably more progress to be made.

Enhancing Shareholder Value – While female corporate board participation is increasing, women still only hold 21% of board seats at S&P 500 companies,9 even though studies have shown that the inclusion of women on boards enhances shareholder value. Research shows that women on corporate boards pursue fewer risky transactions, seek higher returns on investment and exercise prudence in negotiating mergers and acquisitions.10

Not only are they making great strides in terms of financial decision making, women are acquiring and growing significant wealth. An estimated $25 trillion will accrue to women through 2030 via generational and spousal transfers. By then, at least two-thirds of the nation’s wealth will be in women’s hands.11 In fact:

THE DEFINITION OF FAMILY HAS EVOLVED

While women’s financial power and economic impact continues to grow, the family structure in the U.S. continues to evolve. According to the Pew Research Center, there is no longer one dominant family form in the U.S. In fact, the definition of family encompasses a wide range of variations including:

Many women are marrying later, choosing to have children later, and most mothers work. According to 2018’s Bureau of Labor statistics:

BY 2030 AT LEAST TWO-THIRDS OF THE NATION’S WEALTH WILL BE IN WOMEN’S HANDS.

However, according to the Bureau of Labor Statistics, “Women had lower median weekly earnings than men in most of the occupations for which we have earnings data for both women and men,” with female full-time earnings at 81% of men’s earnings.

THE REALITY OF THE SECOND SHIFT CONTINUES

As sociologist Arlie Russell Hochschild pointed out in the late 1980s, a working woman’s “second shift” begins after work. This hasn’t changed for many women. For example:

Primary Caregiving – While they are working, many women continue to serve as the primary caregivers at home. According to AARP, women provide about two-thirds of family caregiving, for children, older parents or both.

Housework – According to Bureau of Labor Statistics women spend an average of 2 hours per day in household activities/work compared to the 1 hour spent by men.14 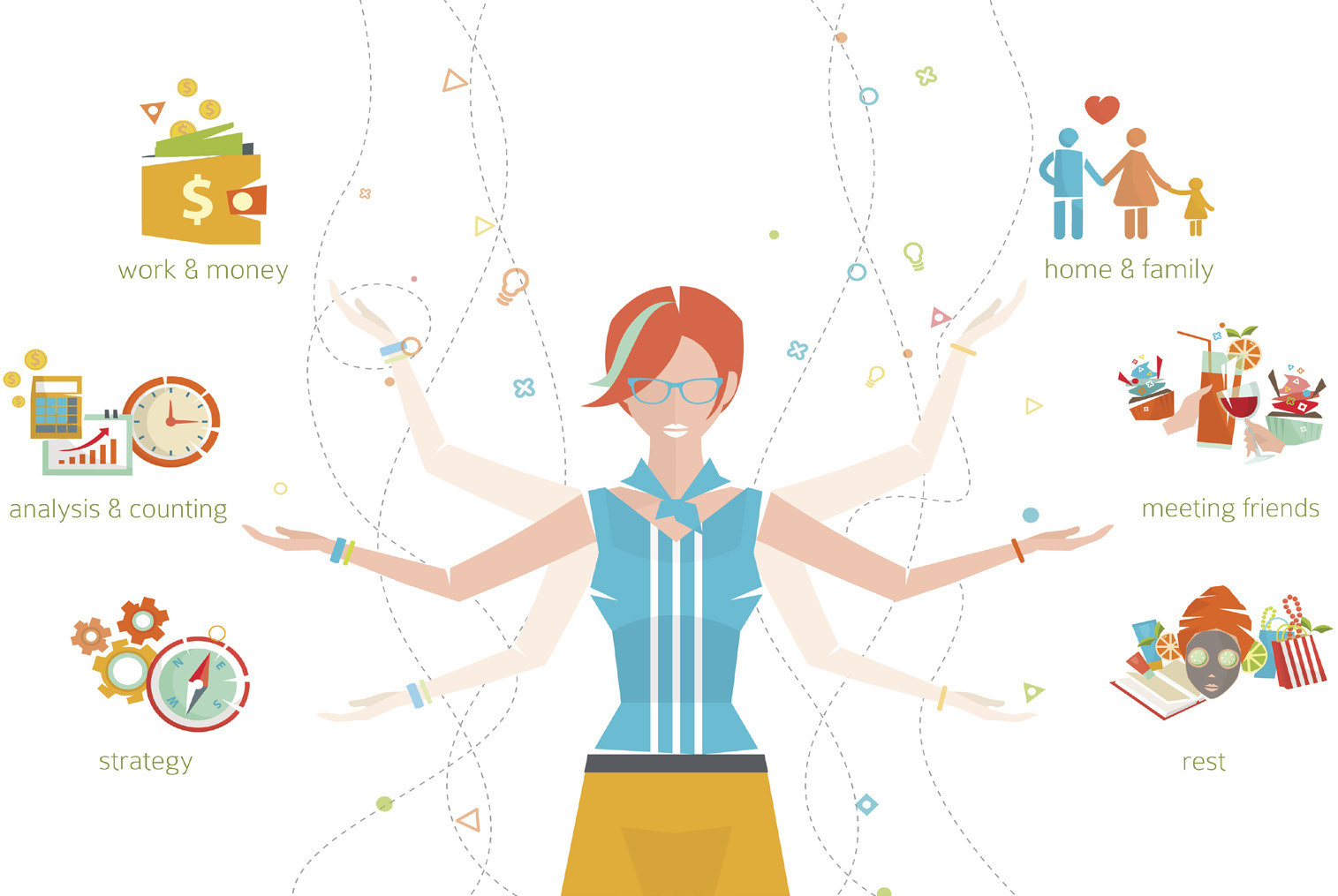 With multiple roles and multiple considerations, financial planning issues for women can be complex and interconnected. Add women’s longevity and health care considerations to the discussion and they compound the issue. Consider the following:

Longevity – According to the Social Security Administration, a 65-year-old woman can expect to live to age 86.5. While seemingly more a blessing than a burden, the higher cost of living longer, including health care costs, needs to be factored into an overall investment plan.

IT’S ABOUT WHAT MONEY CAN DO

For many women investing is not about performance and “beating the market,” it’s about the real purpose of the money. Building wealth over time can provide:

This is a more holistic, long-term, goals-based approach to investing rather than a reactive, short-term focus on portfolio performance. A number of studies have shown that women are less likely to trade impulsively based on short-term market fluctuations and more likely to buy, hold and focus on their long-term goals. However, studies have also shown that female investors can be more adverse to taking market risk, and can unintentionally jeopardize long-term growth.

When it comes to legacy building, women are interested in donating both time and money to causes that align with their values. According to a 2018 study by the Women’s Philanthropy Institute, women’s giving is more often based on empathy for others, not self-interest, and female donors often focus on driving change through charitable giving.

Driving change and having an impact is why women are leading the charge when it comes to socially responsible investing. In fact, according to Cerulli Associates, 76% of women express interest in socially responsible investing and in particular environmental, social and corporate governance investments (ESG). Women are also putting their money to work as angel investors in businesses they believe in, including new businesses launched by women.

At 1919 Investment Counsel we take a consultative approach and seek to understand the many roles, goals, time frames and issues that need to be factored into your investment strategy.

We start by listening to you, so we can understand your goals and concerns. Partnering with you, we devise an investment solution to meet your specific needs and time frames. We consider it a privilege to be a part of your financial journey.

To Us, Women Are Definitely Not A Niche Market.